Who is Witek muzyk ulicy?
One of the most charismatic and authentic people on Polish stage, whose carrier draws attention of more and more fans. Check who this nice accordionist is. It is an artist who debuted with an album “Gram dla was” (“I play for you”), sponsored by his fans in crowdfunding. His story is unique. The fans may truly identify with him because he speaks about problems they know. He is fair and honest, writes simple and catchy songs; that’s why the group of his fans is growing every day. He plays in streets and thus, becomes the part of a long tradition of city bards. He has experienced a lot of difficulties: uncontrollable mortgage, prison in a foreign country, economic migration, smuggling, broken relationship… Despite all that, he still evokes positive emotions because he is the man who broke free from a corporate world and fights for his freedom with accordion in his hands.

Street musician – meet Witek
You can meet Witek in Warsaw, where he is trying to play in various places although he complains that the Polish law makes it difficult for him. His performances always evoke fantastic atmosphere, he talks to his fans and tells stories about his life. He engages everyone in his music. There is something about him that makes you feel that soon his fame will be far greater than today. 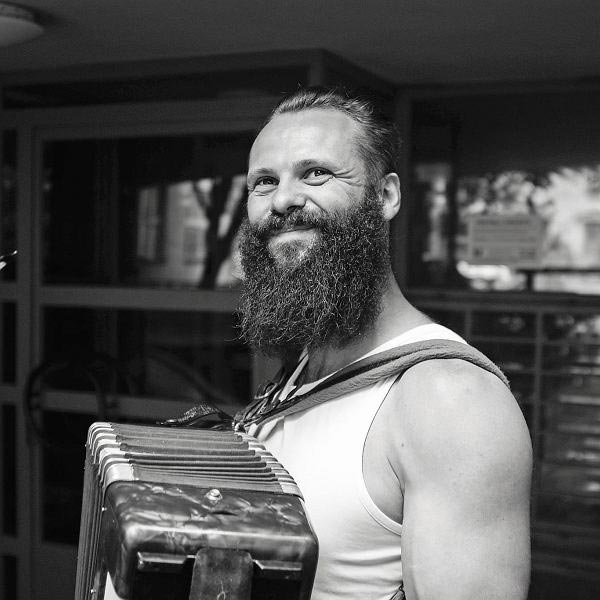 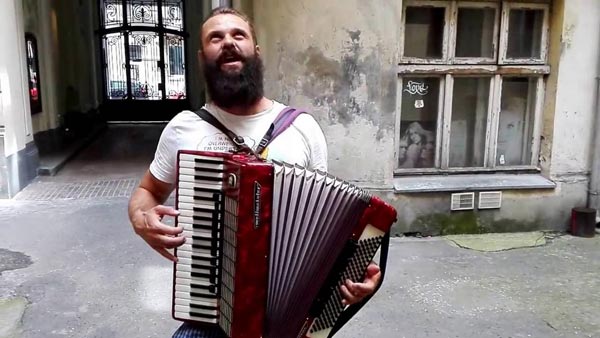